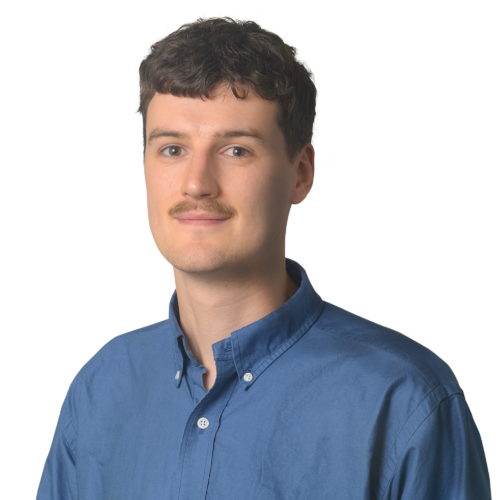 Originally from the Isle of Man, in the Irish Sea, Benjamin has been living in Lausanne since early 2017. Active in the world of design up until 2016, he decided to train in development by working for the Isle of Man government.

Self-taught in Javascript and React, Benjamin is responsible for our design system and our in-house component library. In parallel, he performs a range of tasks related to frontend development or UX/UI.

The rest of the time, Benjamin continues his predisposition in not specializing too much. Working on his music label, mixing as a DJ, reading, creating music or coding a personal project, are just some of the activities he'll like to undertake.

Background
2017
Arrived in Switzerland then started as a designer and front-end developer at Apptitude.
2016
First professional experience as a developer with the Government of the Isle of Man.
So, what’s next?