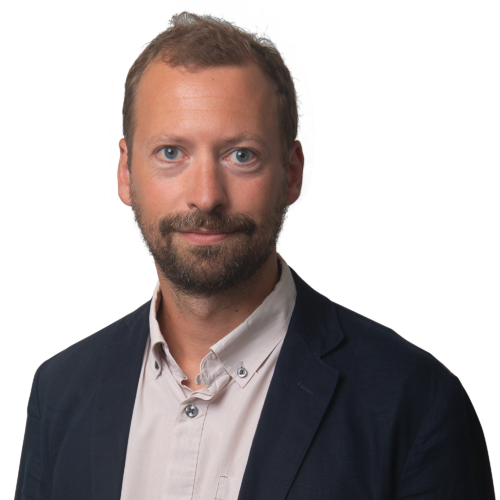 Jean has spent most of his career in start-ups (from the Internet of Things to energy). It is with those experiences that he assimilated the agility of small teams and design thinking that allows an ambitious project to be quickly concrete and functional.

Regarding technologies, Jean particularly appreciates development stacks such as Scala, Akka, Kafka, and the cloud-based immutable infrastructures. He also evangelises the concepts of the "Reactive Manifesto". It is in this spirit that Jean participates in the development of projects at Apptitude.

Out of work, Jean likes to sail on Lake Geneva or bike in the countryside.

Background
2017 - 2018
In London, Jean joined OVO Energy for a one year project on real-time user consumption of electricity and gas.
2013 -2017
Spent four years as NodeJS tech lead for EVRYTHNG, a London based startup active in the IoT.
2004
Obtained a Master's Degree in Computer Science at EPFL.
So, what’s next?

This website uses cookies to improve your experience while you navigate through the website. Out of these, the cookies that are categorized as necessary are stored on your browser as they are essential for the working of basic functionalities of the website. We also use third-party cookies that help us analyze and understand how you use this website. These cookies will be stored in your browser only with your consent. You also have the option to opt-out of these cookies. But opting out of some of these cookies may affect your browsing experience.
Necessary Always Enabled
Necessary cookies are absolutely essential for the website to function properly. This category only includes cookies that ensures basic functionalities and security features of the website. These cookies do not store any personal information.
SAVE & ACCEPT